NOTE: Click here for the entire issue of AQAP’s most recent release of its magazine Ṣadā al-Malāḥim. Also see ‘Umar al-Jawfī’s “The Ḥūthīs And The Coming Project,” which was also recently  translated here. Below is Abū Ubaydah al-Ḥaḍramī’s “A Dream Come True” unedited from the translation provided at the Anṣār al-Mujāhidīn English Forum.
— 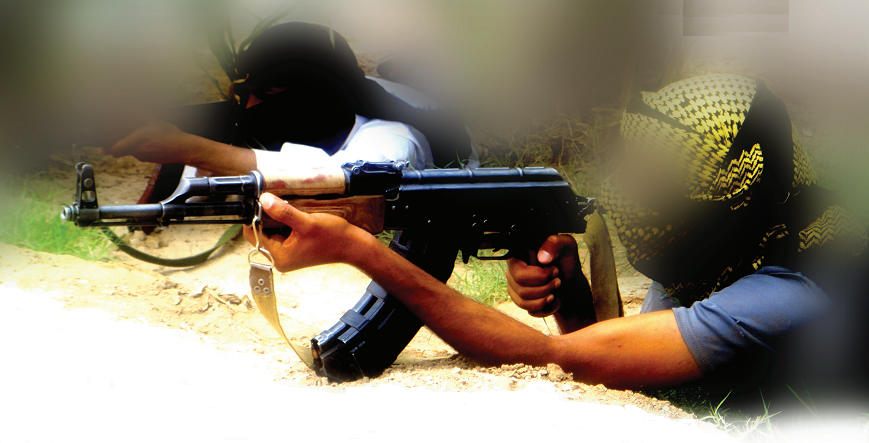 So many times I would hear about the Mujahideen and about their purity; and their noble characters and many times I would hear and see the news of the Mujahideen and their heroism, and I would ask myself: how do I reach them? Would it be possible for me to sit with them and be with them?!
This was the dream that enticed us, despite media (attempts) to obscure and spread rumors about (the Mujahideen). Indeed a significant matter and great calamity is the misguidance by some of those who claim to adhere to ‘Ilm by issuing disgraceful fatwas to the effect that “any of the Mujahideen” are corrupters on earth and they destroy homes and kill innocents. But I do not know which innocents they mean.
Despite all this, that dream was in mind as the days disappeared and events moved swiftly. The banner was becoming clearer every day and Paradise was receiving the martyrs. My days were decreasing and my life hastening onward as the shaytan with all his might and trickery to deter me from achieving my desired goal. But through the Grace of Allah, after it had been difficult for us to migrate to the lands of Jihad like Afghanistan, Iraq and Somalia, a front was opened for me, and it was one of the greatest battle fronts: the Peninsula of Muhammad, صلى الله عليه وسلم.
After Allah granted me the good fortune to join my Mujahideen brothers, I saw the wonder of wonders. I saw the brothers sacrifice their persons, their wealth and all that they possessed for their Lord. I saw the brothers who were humble to the Believers and hard upon the infidels. I saw brothers preferring poverty for themselves. I saw brothers rising in the night and fasting in the day. I saw brothers who loved one another. I saw brothers who possessed the qualities of goodness and piety: a great thing.
Amongst the beautiful qualities I perceived in them was following the guidance of Shari’ah in their Jihadist lives and in their dealings with their enemies. I felt a life of happiness and spiritual ease despite the fact I was far from my family and loved ones, but believe Allah Who says: “He who forsakes his home in the cause of Allah, finds in the earth many a refuge, wide and spacious: should he die as a refugee from home for Allah and His messenger, his reward becomes due and sure with Allah: and Allah is oft-forgiving, Most Merciful.”And believe the words of the Messenger of Allah, صلى الله عليه وسلم, when he said: “You must wage Jihad in the cause of Allah Almighty and Blessed, for it is one of the gates of Paradise by which Allah banishes concern and sorrow” (1). For rest; all rest, is to be found in jihad fi sabeel Allah to elevate the Word of Allah Almighty in order to achieve the desired dream and aspiration.
Finally, I advise myself and my brothers to praise Allah and thank Him for what he has bestowed upon us to serve His Deen. By Allah, how many of the deprived and the idle are shown that, in Jihad, it is Allah from whom we seek aid. And, my brothers, we must beseech from Allah steadfastness and dedication and that He destine for us Martyrdom head on and not from behind.
(1) Narated by Ahmad in his Musnad 23094
Translated From Sada al-Malahim Magazine Issue #15