UPDATE 5/9 9:32 AM: Here is an English translation of the below statement: 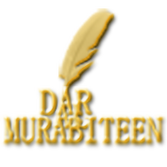 In the name of Allah the Most Gracious, the Most Merciful
“And never think of those who have been killed in the cause of Allah as dead. Rather, they are alive with their Lord, receiving provision, (169) Rejoicing in what Allah has bestowed upon them of His bounty, and they receive good tidings about those [to be martyred] after them who have not yet joined them – that there will be no fear concerning them, nor will they grieve. (170) They receive good tidings of favor from Allah and bounty and [of the fact] that Allah does not allow the reward of believers to be lost – (171) Those [believers] who responded to Allah and the Messenger after injury had struck them. For those who did good among them and feared Allah is a great reward – (172) Those to whom hypocrites said, “Indeed, the people have gathered against you, so fear them.” But it [merely] increased them in faith, and they said, “Sufficient for us is Allah, and [He is] the best Disposer of affairs.” (173)” (Surah Aal Imran 169-173)

When Sultan Muhammad Fatih, conquered Constantinople, he was less than 25 years of age!! And when he passed away almost close to 80 years, the bells of churches rang for three days in Europe in celebration and merriment and craze and belittlement of the one who had disgraced them and was preparing to conquer Rome… a happiness unequal except to their happiness and the Jews and their allies with the passing away of a man who is unique in his time, in manners and simplicity and faith and courage and steadfastness and humanity…
Really! It was not for the people of disbelief and association and vanity to harvest all this happiness and set up parties and dance like dogs on the bodies of lions, except for the fact that Usama caused them that level of vexation and disgrace, what shattered their self respect and broke their might, and influence, and revealed their hidden, and made them a moral for others… until they became, due to sheer happiness and overwhelming with the death of Sheikh Osama, after great vexation, like the cat that relates with pride the deeds of a lion… and what happiness is it if they only knew its effect upon the selves of the sons of the Ummah so that  they regret the evil of their doing?
A happiness that was met, except for those who resisted, big and small, general and special, Arabs or non Arabs, male or female, analysts, scholars, Mujahedeen, journalists, supporters, aiders, and even those who differed and condemned… with deep sadness, and great respect and honor, for a knight who fought the tyrants of earth with unrelenting patience and mind, and then dismounted his horse… a knight who gave up to his destiny as Sheikh Tahir Owais
A sadness that has no other meaning except to be a bitter thorn in the throat of Obama and his allies… a thorn that has stripped them of every form of manner and respect except a justice that they have claimed for themselves that is evil and envious, after having denied it to everyone else, justifying every transgression, indiscretion and beastly action in the right of the sons of man… a thorn, that is so overwhelming that it has taken in its indications and vastness and encompassment to strangle every enemy and agent and traitor and immoral or drunkard or doubtful one, in vain, that he has performed a great deed, or that the world without Usama has become safe…
Osama died… no… he did not die… the news is not true… there should be a verifying statement… or… denial… or… decisiveness in the matter… no instead they buried him at sea in the Islamic manner!!… He was shot in the head… was killed in a heavy firefight… a helicopter downed in the attack… but due to mechanical errors… several accounts that can’t be believed by the mind or justified by logic… fabricated pictures… and statements… all of which require investigation
A happening this great has a lot of ambiguity… waiting… doubting… lack of concentration… doubts… belying… believing… waiting… hastening in condolence… like this they swallowed the event… and involved the Ummah in the details rather than dealing with the event itself…. And in this way they scattered the emotions… in order to drain out the initial expressions… taking advantage in that, of the difficulty of immediate reply from Al Qaeda
They worked out, through their aired channels lies and falsehood and fabrications… and they still are… and through those who are riding upon the bones and blood of the sons of man, to spread poison and lies in the minds of the common people… but they harvested nothing except resistance and their language and evil stances were not met by, except with loss… for unique personalities remain great… and great events cannot be hidden, and they cannot be employed at the level of which they remain, in the hearts and minds or both of them
Osama is a thought that brought to life the Aqeedah of the Ummah… and raised the conscience of the people… and united the minds… and prepared to get rid of  transgression and tyranny and tyrants and encouraged to aid the weak and oppressed and set up the Sharia of Allah… the thought of an Aqeedah that cannot be assassinated… and is not an organization, a party or an ideology that lives for a portion of time and then wears off like the wearing off of its people… but they thought so and they still think… so glad tidings for the Ummah the time of whose ideological dominance has arrived… and woe for a Ummah the time of whose demise has drawn close
The heroes of the Ummah, from the very beginning of the message, were blooming youth from 25 years to 30 years of age… all that they had was faith… and whatever else they had, they gave it to others… so they left away bodily, like other sons of man, and remained alive as lofty examples, and ideals that time has remained incapable of erasing, like this were several of the companions… and like this was Muhammad Fatih, and like this began the legend of the young Mujahid Usama until he died old in age… and with the likes of these is the Ummah enliven, and its religion renewed, until Allah fulfils a matter that was decreed. So may Allah have mercy on the honorable Sheikh bin Laden, a vast mercy… and may Allah have mercy upon the loyal sons of the Ummah.
Authored by
Dr. Akram Hijazi
Translated by
Dar Al Murabiteen Publications
_____