NOTE: Abū Ṣafīyyah’s real name is  Djavad Sediqi. He is from Bonn, Germany. He was killed in Wazīristān on October 17, 2009. As of October 2010, kis wife and daughters are believed to still be in Wazīristān.  At one point, Sediqi attended Córdoba Language Institute in Alexandria, Egypt. He also appeared in videos from the Islamic Jihād Union.
— 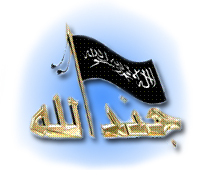