NOTE: As with all guest posts, the opinions expressed below are those of the guest author and they do not necessarily represent the views of this blogs administrator.
Jihadology.net aims to not only provide primary sources for researchers and occasional analysis of them, but also to allow other young and upcoming students as well as established academics or policy wonks to contribute original analysis on issues related to Global Jihadism. If you would like to contribute a piece, please email your idea/post to azelin [at] jihadology [dot] net. Pieces should be no longer than 2,000 words please.
– 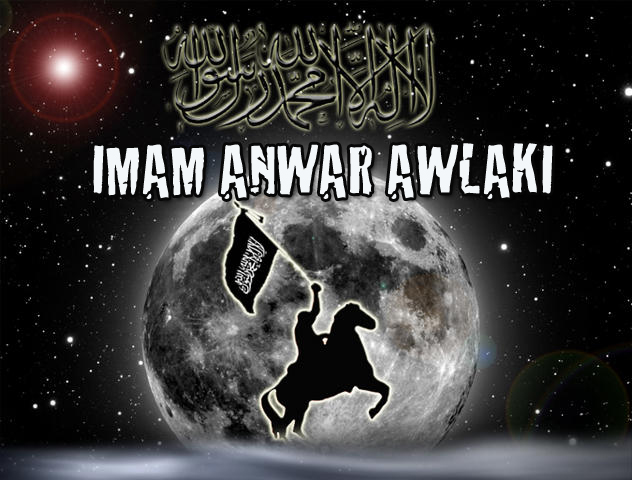 By Daveed Gartenstein-Ross
On January 19, Joshua Foust posted a rather interesting article at Jihadology questioning Anwar al-Aulaqi’s importance as a jihadi ideologue, and in so doing, also called into question the assumed linkage between Islamist ideology and behavior. Though Foust’s post raises interesting and valid questions, and introduces bodies of research that are often ignored in debates over terrorist radicalization, I find his conclusion problematic for three reasons. First, Foust seems to be arguing against a strawman on the question of how ideology can have an impact on behavior. Second, the applicability of his general observations about the connection between ideas and behavior is questionable in the context of Islamist ideology. And third, erecting the very high evidentiary standard with which Foust concludes his article is not at all helpful when it comes to a problem set like terrorist radicalization, which it is necessary to address now.
Strawman Opponent?
It is somewhat unclear what Foust is objecting to within the current literature on radicalization—which, in fairness, is reflected in his post’s title, “Some Inchoate Thoughts on Ideology.” But to the extent his article refutes a definable set of ideas, it seems to argue against monocausal explanations of behavior. Specifically, Foust writes:

The assumption behind the ideology discussion appears to be that behavior is a gun, and ideology is a trigger. That is, you have a person, they accept ideology, and then the output is behavior (in this case, violence). But that just isn’t how people work, and using some basic logic and self-knowledge can reveal that. We are not mono-causal creatures, even in relatively simple matters like choosing where to eat lunch.

The last point is undoubtedly correct: we are not monocausal creatures. But which authors, specifically, share this set of assumptions? A careful reading of Alexander Meleagrou-Hitchens’s Foreign Policy article that is the hook for Foust’s piece reveals no such monocausal assumption, though Meleagrou-Hitchens clearly does conclude—contrary to Foust—that ideology is important. Nor does Foust point to other authors who write about ideology as though it is the sole cause of terrorist violence.
This framing of the discussion seems designed to bolster the importance of Foust’s refutation. But the contribution an author can make by refuting a clearly exaggerated interpretation of a subject is minimal when that exaggerated interpretation does not represent the conventional wisdom in a field. And in the academic discussion of terrorist ideology, it seems that the dominant opinion among prominent scholars—including Marc Sageman, Jessica Stern, Robert Pape, Jerrold Post, and now apparently Brian Michael Jenkins—is that religious ideology is relatively unimportant. (There are of course plenty of scholars on the other side of this debate, including Mary Habeck, Assaf Moghadam, and myself.)
So let’s define the debate in a more reasonable way. The question is not whether terrorists are automatons who read something on the Internet and then act in service of that idea. They aren’t, full stop. Rather, the question is whether religious/ideological factors seem to provide a robust explanation for both terrorist radicalization and also terrorist actions.
One Man’s Experiences
Before turning to the role of al-Aulaqi specifically, I’d like to address the role that Islamist ideology has on behavior. Foust writes: “The heart of my problem with discussing Islamist ideology is that I don’t understand how it affects behavior.” This is because behavior is complex, encompassing such causal factors as “constraints, signaling from peers, intent, and capability.” On the question of how Islamist ideology can impact behavior, I believe the answer is so obvious as to be virtually indisputable. Note that Foust frames the issue as Islamist and not jihadi ideology. I don’t know whether this framing was purposeful, but I’m glad that he put the question this way, because an examination of Islamist behavior is illuminating.
As I recently discussed on a Bloggingheads appearance with Matt Duss, and as a number of readers will know, before my entry into the counterterrorism field I worked for an Islamist charity, the Al Haramain Islamic Foundation, that has now been named a specially designed global terrorist entity by the U.S. Treasury Department. I had converted to Islam in college, and worked for Al Haramain in 1998-1999 between college and law school. I entered as a relative Islamic novice, with a very moderate conception of the faith; during my time at Al Haramain, my behavior changed substantially and I ultimately adopted an interpretation that I now consider extreme. Though I wrote a book about this period in my life, until now I have not really introduced my experiences into my own academic work on radicalization due to my awareness that people often universalize their own experiences improperly. However, their applicability should be clear in this response to Foust; and then I will introduce my empirical work on the subject.
At its heart, Islamism holds that human instincts and inclinations do not provide a reliable guide for determining morality. The reason Islamists believe that society should be governed by sharia is because man-made laws are contingent, and subject to shifting views of morality. Only God’s guidance, as best exemplified in the Qur’an and sunna, provides a reliable and unquestionable framework for determining how a society should be run. But if we can only trust God—and, related to that, Muhammad’s example—for the making of laws, isn’t it just as true that only the sunna can provide a guide to how we should live our own lives?
Thus, within Islamism, one’s behavior is clearly and unequivocally controlled by ideology. I encountered an intricately legalistic system within Al Haramain, wherein the restrictions were virtually all-encompassing. Growing a beard was required for men; likewise it was necessary to eat only with the right hand and roll one’s pants legs up above the ankles. Petting a dog, listening to music, and shaking hands with a member of the opposite sex all clearly transgressed the bounds of morality. Quite clearly ideology played a role in these behavioral outcomes. Absent the prevalent ideology (which could be described either as Islamism or Islamic conservatism), there is simply no explanation for why a relatively large number of people would decide to grow their beards out in a similar way, see dogs as unclean, stop making physical contact with members of the opposite sex, et cetera. While Foust writes that behavioral changes occur “in an unpredictable way,” in this case the behavioral changes all comported with the dominant ideology.
Moving beyond my own experiences, one of the remarkable aspects of Islamism—giving lie to Foust’s claim that behavioral changes in this area are unpredictable—is the consistency of behavioral changes across a broad array of cases. To be clear, not all Islamist interpretations of the faith are alike, and there are variegations among known Islamists, but in case after case the behavioral changes mirror those I experienced during my time at Al Haramain. One example is the Duka brothers—Shain, Eljvir, and Dritan—who were arrested with three others in May 2007 for plotting to attack the military base in Fort Dix, New Jersey. As the brothers turned to Islamism, they alienated family members with the announcement that “[t]he playing of music—a centuries-old tradition at Albanian weddings—had been banned” at Eljvir Duka’s wedding. Similarly, they spent an extended conversation captured via covert surveillance exploring the legalistic rules of how their beards should be kept:

Dritan Duka: That’s not really the way it [the beard] should be kept, it should be kept trimmed.
Unidentified male: It’s supposed to be neat, not, right trimmed but not over your lip.
Dritan Duka: Not shaved off completely.