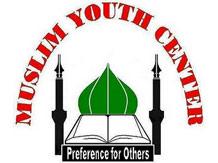 Mererani, (27/07/2012) – MYC in Kenya has recently been sent a link (https://www.un.org/ga/search/view_doc.asp?symbol=S/2012/544) to the latest UN Monitoring Group report on Somalia in which the UN again levels false claims against Muslim youths in Kenya.
After careful reading of the lies by the so-called UN investigators on Somalia, there can be no doubt that the UN Monitoring Group is acting on behalf of the Great Satan and the Government of Kenya.  The report as expected, is an attack on Islam and Muslims in Kenya. It conveniently equates Jihad as terrorism a known view held by Kuffars.
Reading through the very brief section on MYC it is obvious that the UN has attempted to repeat old lies and stories it reported in July 2011. As part of its attempt to engineer a climate of confusion and lies, the UN report claims its investigation into MYC is “strictly confidential”. This is laughable as there is no such thing as “strictly confidential” in the context of UN Monitoring reports. More importantly, the use of “strictly confidential” is firm evidence that the UN spies in Nairobi and in East Africa have failed in penetrating MYC. In short, MYC has embarrassed the UN by maintaining operational security in Kenya, Tanzania and in Somalia.
Likewise, in its desperation, the UN links MYC and Sheikh Aboud Rogo. MYC’s association with our dear Sheikh Aboud Rogo is hardly a secret but a fact that is well known. MYC has a close relationship with Sheikh Rogo and looks forward to working even closer with the Sheikh against the reign of the Kuffar over Muslims.
With the Government of Kenya and its puppet masters of Great Satan, UK and Turkey in Nairobi losing the battle against MYC and our brothers in Al-Shabaab, they have turned to the UN, a body that has always stood for injustice against Muslims. MYC is proud to have stood firm against the UN since July 2011.
In conclusion, there should be no mistake concerning MYC’s future both in Kenya and as part of AQEA: Jihad is our only way. MYC is determined and committed to waging Jihad to liberate our Muslim brothers in Somalia and the rest of East Africa under the banner AQEA.  In achieving this MYC will continue to focus its efforts on keeping Kenya on the front pages of global Jihad.
MYC
Press Office
____________
Source: https://themovingcaravan.wordpress.com/2012/07/27/for-immediate-release-un-report-on-myc/