NOTE: For prior parts in the Hizballah Cavalcade series you can view an archive of it all here.
—
The Lion of Damascus, and Afghans, and Africans! Oh My!: Fighters From Exotic Locales In Syria’s Shia Militias
By Phillip Smyth ([email protected])
When monitoring funerals for Shia militants killed fighting in Syria and the Shia militia organizations supplying those fighters, it becomes clear the majority of fighters have originated in Iraq and Lebanon. Additionally, the majority of organizations supplying fighters are admitted followers of Iranian revolutionary ideology. Nevertheless, it is possible that not all of the Shia fighters deployed to Syria have come from Arab states with very large Shia populations.
Since early 2013, there were announcements (mainly on social media and forums) of non-Arab Shia militants who made up part of the Shia militia, Liwa’a Abu Fadl al-Abbas (LAFA). LAFA has functioned as the main front militia set-up by Iran and the Assad regime for foreign Shia fighters in Syria.
One of the most explosive claims made by pro-LAFA supporters and rebels was of LAFA fighters who originated from Afghanistan or Pakistan (the latter is furthered only by pro-rebel elements). By July 26, 2013, there was also an announcement of a combatant from West Africa taking part in the “Defense of Saydah Zaynab”.
However, with all of these reports, there is little data to confirm the nationality or the ethnic groups to which these fighters belong or belonged. Indeed, the presence of Afghan, Pakistani, and/or African fighters is—if they amount to more than just select individuals—most likely negligible within Syria’s Shia militia organizations.
Instead, there may be other reasons possible non-Arab presence in Syria’s Shia militias has been announced and furthered. For Iran, furthering narratives which support the theme of a broad Shia front fighting to support Assad has been a developing strategy. For rebels, furthering the story of Afghans fighting for Assad is a damning demonstration of the Assad regime’s hypocrisy. Since 2012, Assad has lambasted the rebels, going so far as to call their military operations a, “Foreign invasion”.[1] 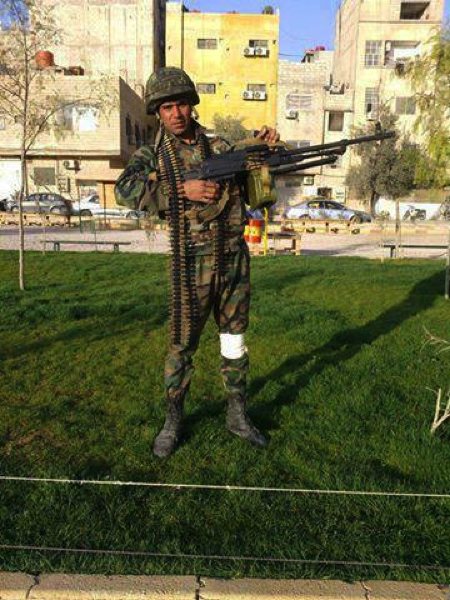 Figure 1: According to one pro-LAFA Facebook page, this  LAFA militiaman was an Afghan Shia who was killed. This photo was also found on Kata’ib Sayyid al-Shuhada’s official Facebook group page.
Are There Afghans In Syria’s Shia Militias?
Starting in late January 2013, there were social media posts from both pro-rebel and pro-LAFA Facebook pages suggesting there were Afghan Shia, possibly from the Shia Hazara ethnic group, fighting alongside Bashar al-Assad’s forces. This claim was supported by photos and via a video (presented below) showing Shia militiamen operating a technical.  In addition to social media claims, in April, the Afghan government also stated it would start an investigation into Afghans sent to Syria “by Iran”.[2]
Syrian rebels were the first to heavily promote the idea that Shia militia organizations were utilizing Shia fighters from Afghanistan. In April, the pro-rebel Al-Ghad TV even reported that Liwa’a Abu Fadl al-Abbas included, “fighters from Iraq, Lebanon, Iran, Pakistan, and Afghanistan”.[3]
Thus far, there has been no evidence demonstrating Shia fighters from Pakistan are in Syria. Even though definitive and detailed data is lacking, the narrative of Afghan Shia fighting in Syria is still a popular theme with rebels on social media and blogs.[4]
Shia militias in Syria have done little to counter the claims of Afghans fighting in their ranks. Instead of refuting numerous pro-rebel postings about Afghan Shia fighters in Syria, Shia supporters of Liwa’a Abu Fadl al-Abbas, and its allied foreign-staffed Shia militias, have also furthered the narrative of Syria’s Afghan Shia fighters. One pro-LAFA page went so far as to suggest there was a, “Martyr from the Shia in Afghanistan” in Syria. Before the official Facebook group page for Kata’ib Sayyid al-Shuhada was removed from the website, pro-KSS members of the group also claimed there were Afghan Shia fighters in Syria.
Regardless, data confirming an Afghan presence is still slim. On none of the pro-LAFA Facebook pages were any of the names of the Afghan fighters listed. The mens’ nom de guerres, which are commonly listed by some Shia militia pages, were not presented. There were also no other details about the fighters or their origins posted online. Furthermore, no publicized funerals for Afghan Shia killed in Syria have been held.
If reports of Afghan Shia fighting in Syria are true, one possible source for these fighters may be from Afghanistan’s Hazara community. The Hazara speak dialects of Persian and are generally Twelver Shia (like other Arab and Iranian fighters based in Syria). Iran is also home to one of the largest populations of Hazara refugees.[5] Despite Hazara presence in, and historical interactions with Iran, this does not necessitate that most Hazara adhere to Iranian ideology. However, there are Hazara who are Khomeinists.[6]
Since Iran has used its other ideologically allied proxies to supply Shia militias in Syria, recruiting from Afghan Shia, who adhere to Khomeinist ideology, would be a logical path for Tehran to follow. 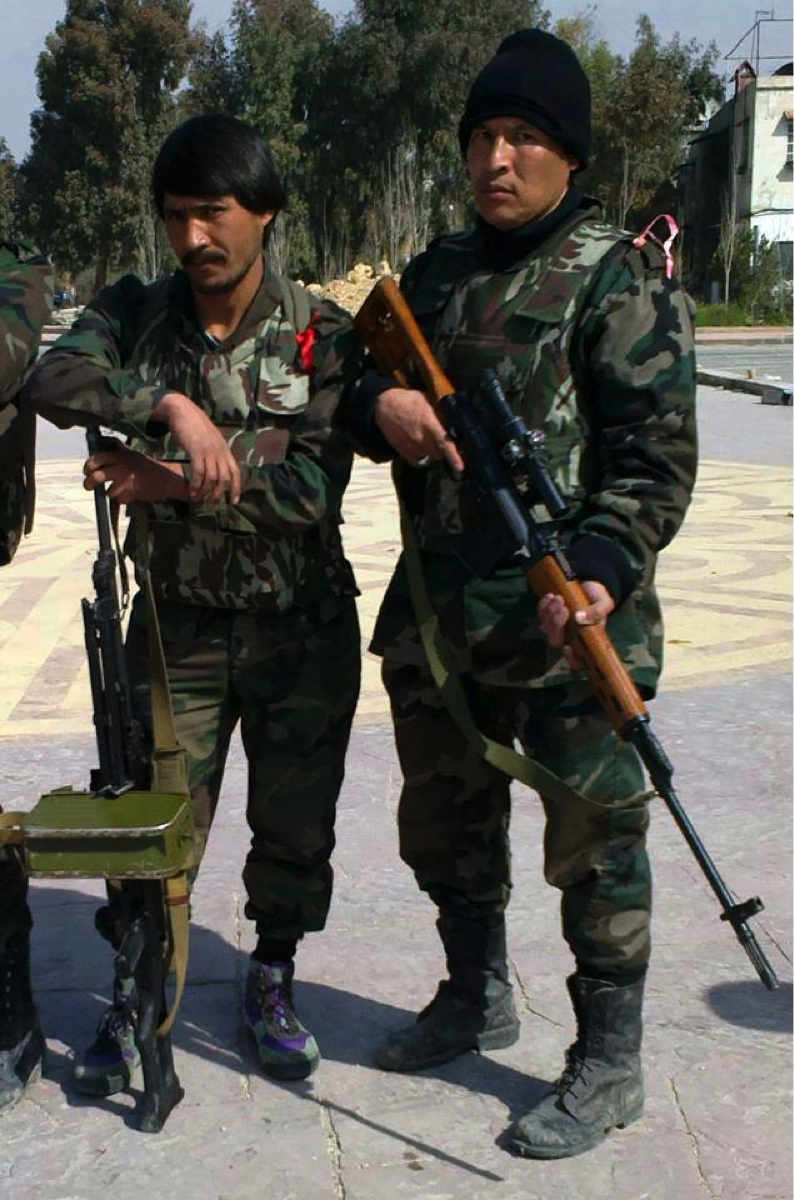 Figure 2: A photograph showing what numerous pro-LAFA Facebook pages have suggested were two Afghan Shia members of LAFA. Some of the Facebook pages have claimed the two were killed during fighting around the Saydah Zaynab Shrine. The fighter on the left was also recorded in a video (see below).


In addition to photos, videos of “Afghan Shia fighting for Assad” have also surfaced. The first video shows one of the supposedly Afghan fighters (in the video he is holding a PKM machine gun) while other Shia militiamen fire a large caliber machine gun from a technical. The “Afghan” speaks briefly in accented Arabic. Unfortunately, the fighter’s accent could not be placed.
In another video showing “Killed Assad soldiers and Iranians”, a number of comments surrounding the video suggest a killed fighter was a “Hazara Shia” from Afghanistan. The video was spread around to numerous social media sites, including Facebook and Twitter, with the claim that the dead man pictured in the clip was an “Afghan Shia”. In an Afghan media report, the dead man was claimed to be, “Safar Mohammad son of Khan Ali and is the resident of northern Balkh province of Afghanistan.”[7] Nevertheless, none of these claims could be independently confirmed nor were they carried by other media outlets.
From Abidjan to Damascus: Zaynab’s African Defender 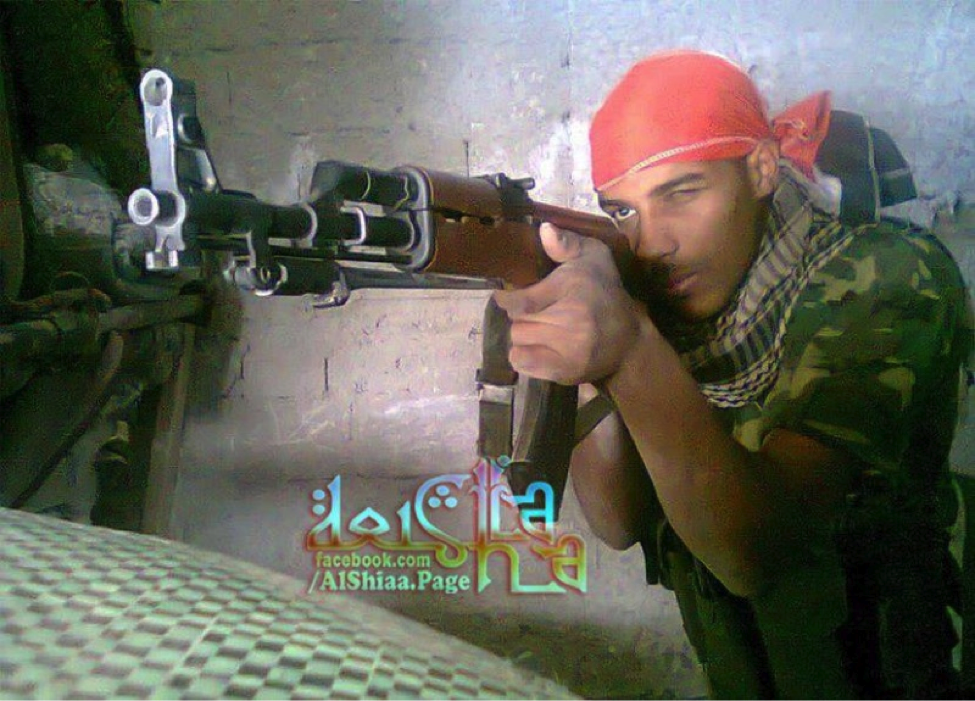 Figure 3: The original photo of Kuwni circulated on Facebook pages managed by pro-LAFA/LAFA administrators.
Called the, “First African martyr” for the Sayyidah Zaynab Shrine, Muhammed Suleiman al-Kuwni was reported dead on the pro-LAFA/LAFA administered “Al-Shiaa” Facebook page on July 26, 2013. One pro-LAFA Facebook page claimed Kuwni was killed due to injuries he suffered during fighting. Interestingly, Kuwni was not reported to be a member of Liwa’a Abu Fadl al-Abbas or of another announced Shia militia in Syria. Instead he was simply listed as a “Defender of…Zaynab”.
His death was later reported by Iranian media outlets on July 27, 2013.[8] On that same day Iranian media started covering Kuwni’s story, Hizballah’s SouthLebanon.org webpage also included a prayer for him.[9] Most importantly, both Iranian and pro-LAFA Arabic language sources reported Kuwni was originally from the West African state of Côte d`Ivoire, home to almost half a million Shia Muslims.[10]
Stories about Kuwni did not include details on any burial plans. Additionally, more comprehensive information covering his family, or a detailed biography stating where he was originally from in Côte d`Ivoire was also not presented.
Hizballah and Iranian activities have been rather extensive in West Africa.[11] According to the U.S. Department of Treasury, Hizballah has also pieced together an extensive fundraising and recruiting network in Côte d`Ivoire.[12] It is possible Kuwni passed through Hizballah recruitment in Africa, was trained (likely in Lebanon), and was then deployed to fight in Syria. However, his case remains unique and unusual. Iran has primarily utilized Arabic-speaking proxies from Iraq and Lebanese Hizballah to bolster Assad. The addition of African fighters demonstrates Tehran is more open to using proxies from all over the world.
[1] See: https://www.syriaonline.sy/?f=Details&catid=12&pageid=4174.
[2] See: https://www.khaama.com/afghans-involvement-in-syria-war-to-be-investigated-mosazai-1562
[3] See: https://algadtv.com/?p=53142
[4] See: https://freehalab.wordpress.com/2013/06/06/assads-foreign-jihadists-and-mercenaries/
[5] Grant Farr, “The Hazara of Central Afghanistan”, in Barbara Brower and Barbara Rose Johnston (eds.), Disappearing Peoples?: Indigenous Groups and Ethnic Minorities in South and Central Asia, (Walnut Creek, California: Left Coast Press, Inc., 2007), P. 164.
[6] See: https://www.hazara.net/news/news2012/khoemini/khoemini-anniversary-kabul.html. See also: https://www.brianglynwilliams.com/pdfs/20120301114407597.pdf and https://www.csmonitor.com/2005/0824/p06s01-wosc.html.
[7] See: https://www.khaama.com/afghans-involvement-in-syria-war-to-be-investigated-mosazai-1562.
[8] The first Iranian story covering Kuwni’s death was published by Iran’s AhlulBayt News Agency. See: https://www.abna.ir/data.asp?lang=1&id=445548. The same story and published photograph have been reproduced by a number of Iranian news websites. See: https://valieamr.com/Default.aspx?PageName=news&ID=20336&Language=1, https://eslamabadkhabar.ir/shownews.php?idnews=42108, and https://www.fardanews.com/fa/news/276512/%D8%B4%D9%87%D8%A7%D8%AF%D8%AA-%D9%86%D8%AE%D8%B3%D8%AA%DB%8C%D9%86-%D8%A2%D9%81%D8%B1%DB%8C%D9%82%D8%A7%DB%8C%DB%8C-%D9%85%D8%AF%D8%A7%D9%81%D8%B9-%D8%AD%D8%B1%D9%85%D8%B9%DA%A9%D8%B3.
[9] See: https://www.southlebanon.org/?p=79659.
[10] Shireen Hunter, Iran’s Foreign Policy in the Post-Soviet Era: Resisting the New International Order, (Santa Barbara, California: Praeger, 2010), P. 227.
[11] In Nigeria, Hizballah has been involved in maintaining arms caches and the creation of groups pushing Iranian revolutionary ideology. Nigeria even has its own political organization (the Islamic Movement of Nigeria) which was created as a near mirror image of Lebanese Hizballah. See: https://www.islamicmovement.org/ and https://www.bbc.co.uk/news/world-africa-17908704.  See also: https://www.foxnews.com/world/2013/07/12/nigeria-judge-refuses-bail-for-3-lebanese-nigerians-accused-hoarding-hezbollah/ and https://www.haaretz.com/news/features/.premium-1.530327. For some earlier examples (2009-2010) of Iranian diplomatic, cultural, and financial moves in West Africa, see: https://www.irantracker.org/analysis/ahmadinejad-west-africa-iranian-outreach-reveals-tehran-foreign-policy-aug-3-2010-3242. See also: https://www.aei.org/article/foreign-and-defense-policy/regional/subsaharan-africa/forgotten-africa-turns-to-iran-as-a-result-of-western-neglect/.
[12] See: https://www.treasury.gov/press-center/press-releases/Pages/jl1980.aspx and https://www.treasury.gov/press-center/press-releases/Pages/tg149.aspx.