NOTE: For prior parts in the Hizballah Cavalcade series you can view an archive of it all here.
—
From Najaf to Damascus and Onto Baghdad: Iraq’s Liwa Abu Fadl al-Abbas
By Phillip Smyth 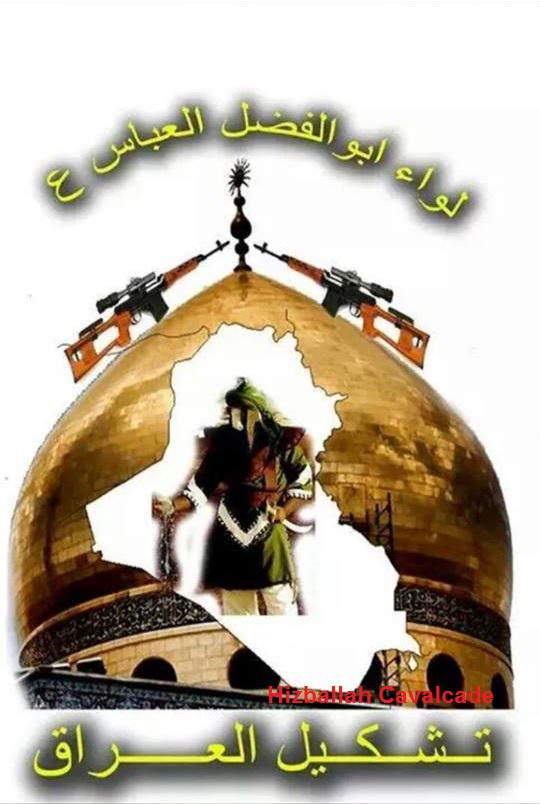 Figure 1: Liwa Abu Fadl al-Abbas Tashkil al-Iraq’s logo.
Liwa Abu Fadl al-Abbas (LAFA) is still the best known of the Iraqi Shia staffed militias operating within Syria. The creation of the organization and successful marketing of its narrative; which cast the group as the “defenders of the Sayyida Zaynab Shrine” south of Damascus, set the stage for Shia Islamist foreign fighters to join the battle in Syria against rebel forces. Under the leadership of the Syrian Shia “Abu Ajeeb” in Damascus, the group has been deployed to numerous combat zones throughout Syria. While other foreign Shia fighters have been attached to the group, the primary nationality making up the ranks of LAFA has been Iraqi. 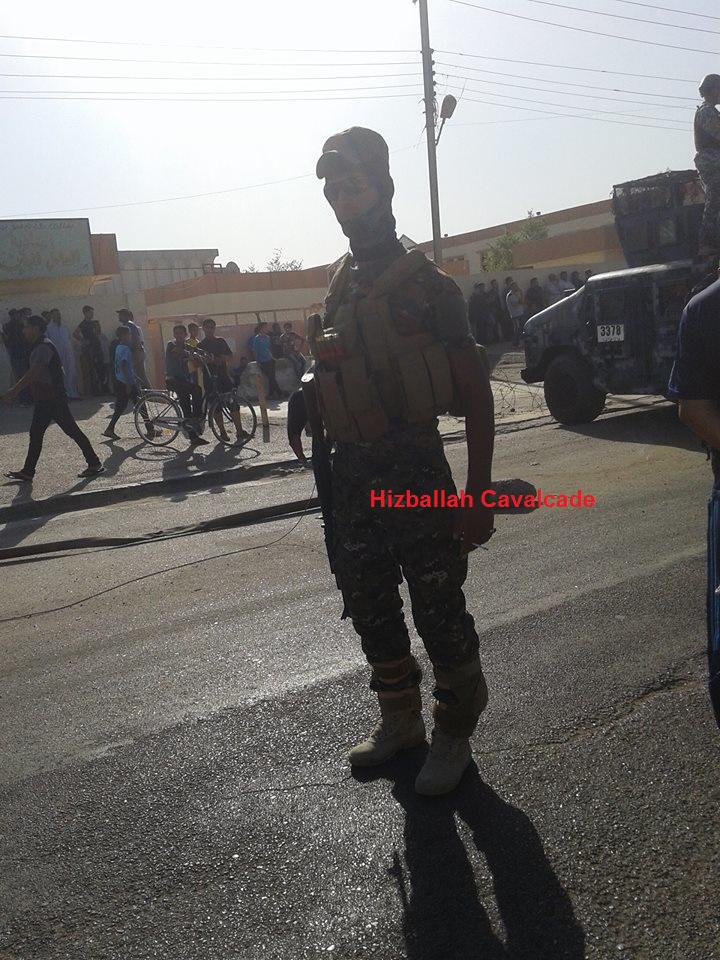 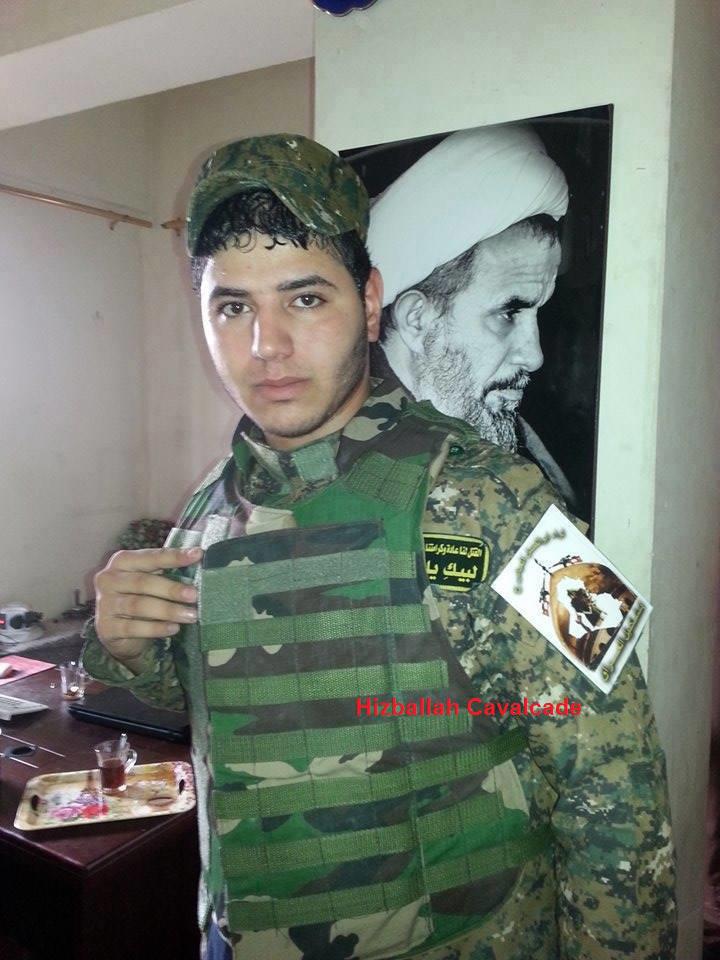 Figure 2: (left) A LAFA-Iraq fighter stands guard near Iraqi government forces. (Right) Another LAFA-Iraq member stands in an office.
Yet, LAFA’s name and possibly their geographic reach changed in 2014. Instead of using Iraq as a place simply to recruit more members for activities in Syria, LAFA adopted a new role as a Shia militia within Iraq. In fact, the new Iraq-focused LAFA may have more limited connections to the LAFA in Damascus, yet this does not mean that Iraqi Shia fighters affiliated with the Syrian-based LAFA are not active within the newer group’s ranks or have a longstanding affiliation with the new Iraq-based group.
The Iraq-focused section of LAFA, known as Liwa Abu Fadl al-Abbas Tashkil al-Iraq, (The Abu Fadl Abbas Brigade Iraq Formation or LAFA-Iraq), is led by Sheikh Qasim al-Ta’i. It also appears that LAFA-Iraq’s links are more directly associated with units of the so-called Rapid Reaction Force which was deployed to Damascus in early 2013. The force claims to have affiliations with the Iraq’s Internal Security Forces and Special Operations/SWAT teams.
LAFA-Iraq’s more structured Iraq-focused image first emerged on a number of Facebook pages in March 2014. This coincided with announcements by Iranian Shia Islamist proxy groups that they were actively involved in fighting within Iraq’s Anbar Province against rebel forces, included the Islamic State of Iraq and al-Sham. Often, photos of parading members wearing new Velcro patches featuring the group’s logo were uploaded. It is currently unknown how large LAFA-Iraq’s forces are or if their deployment within Iraq is limited to certain areas. In mid-June a video surfaced claiming the group was patrolling the Mansour section of Baghdad. Another report claimed that LAFA’s fighters in Syria had returned to Iraq in the wake of ISIS advances in the country. Their absence in Syria was reportedly filled by units belonging to Lebanese Hizballah.1 On June 16, 2014 post, it was also claimed that 1500 LAFA-Iraq fighters had been deployed to the holy city of Samarra, home of the Askari Shrine. 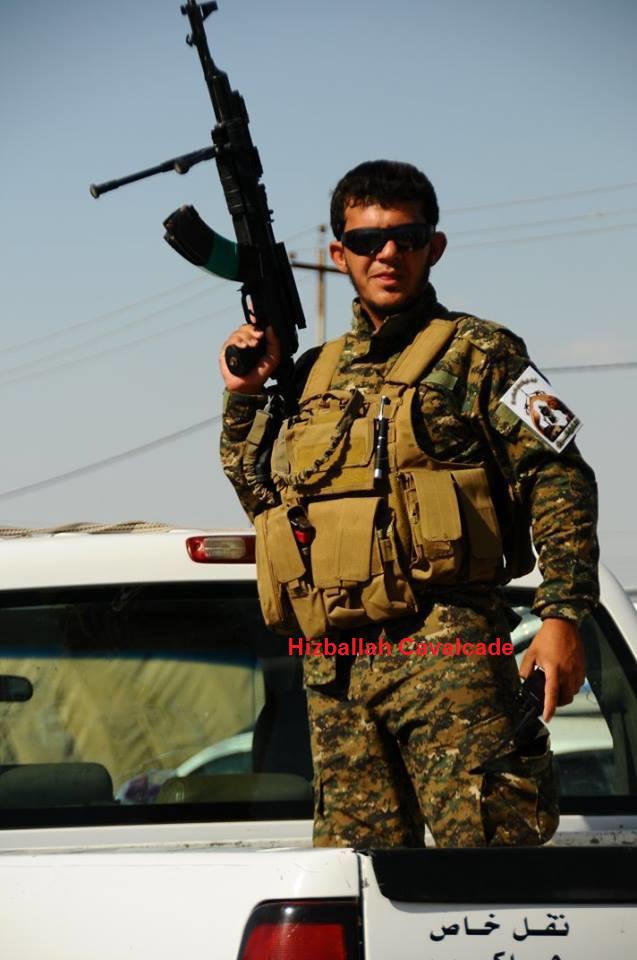 Figure 3: A LAFA-Iraq fighter stands in the bed of a pickup truck. His camouflage gear appears similar if not the same as the variety used by Lebanese Hizballah and LAFA forces operating in Syria. 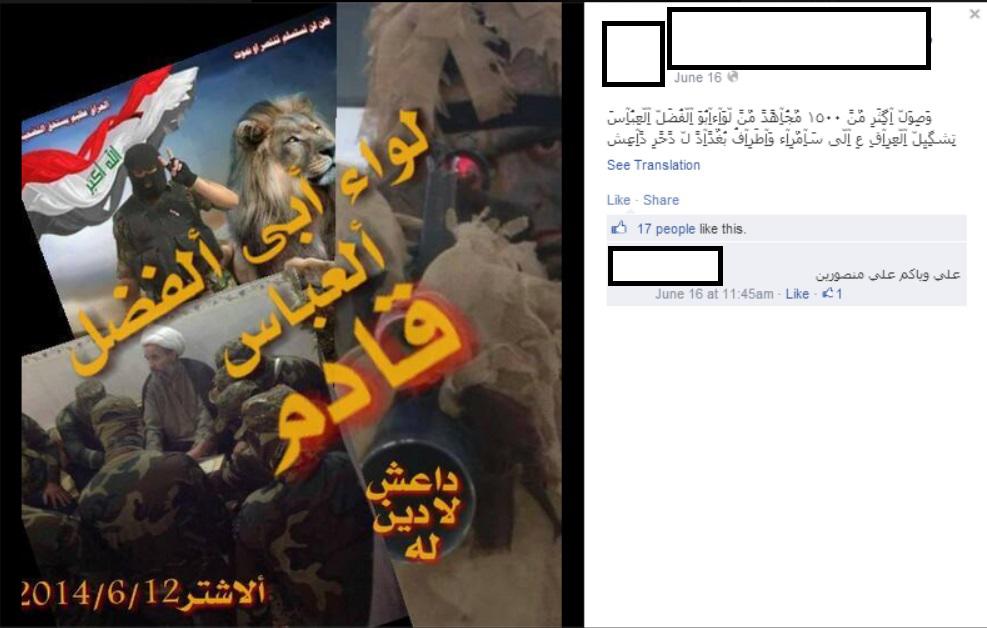 Figure 4: A screenshot of a LAFA-Iraq claim to have sent 1500 of their forces to Samarra.
As Iraq undergoes massive recruitment efforts for Shia fighters, it is likely that LAFA-Iraq has, along with other Iranian-proxy organizations, recruited new members and deployed fighters to key hotspots. Since a main narrative for the group has been their “defense of shrines,” it is possible the group has some contingent stationed in or around Iraq’s many holy Shia mosques/shrines. Additionally, with reports that fighters who gained experience on the battlefields in Syria have come back to Iraq, the group has an added punch.
While the group’s logo is a departure from LAFA-Syria’s more Hizballah themed symbols, it still uses imagery specific to the concepts first honed in Syria. The main theme is the notion of shrine defense, namely the golden dome found on the Sayyida Zaynab mosque/shrine and Shia religious themes present with the image of the historically important Abu Fadl al-Abbas. Abbas stands in the middle of a map of Iraq. Secondly, the more militaristic theme is furthered by the inclusion of two SVD-type sniper rifles. Thus, LAFA-Iraq’s symbolism plays on the fact that its recruits are Iraqi (with the map), but heavily includes transnational religious imagery to build the theme of Shia power and shrine defense. 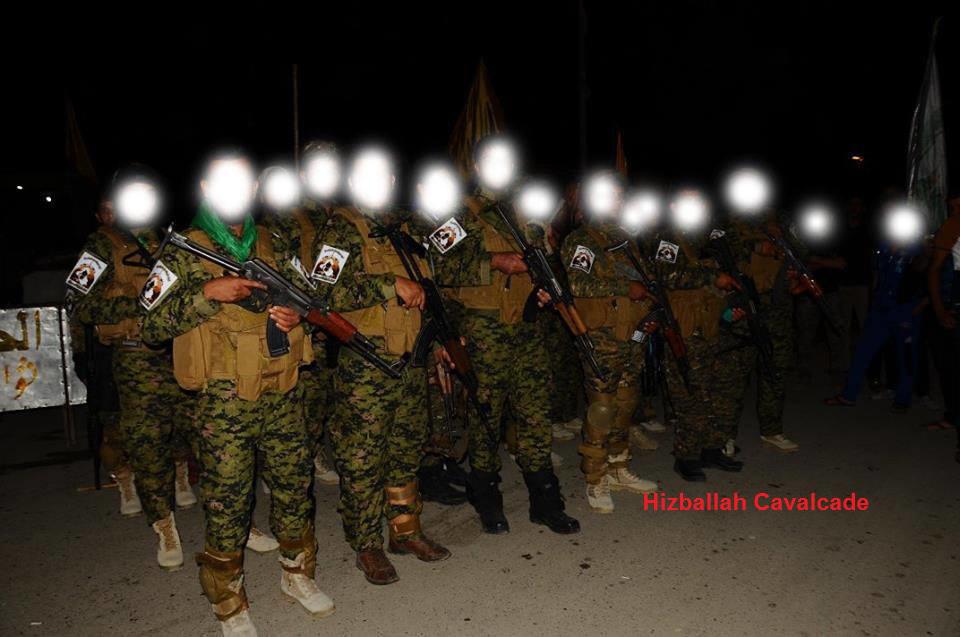 Figure 5: A group of LAFA-Iraq fighters stand equipped in a 2014 photograph.
Some Distinct Changes in LAFA-Iraq’s Messaging Compared to LAFA in Syria: 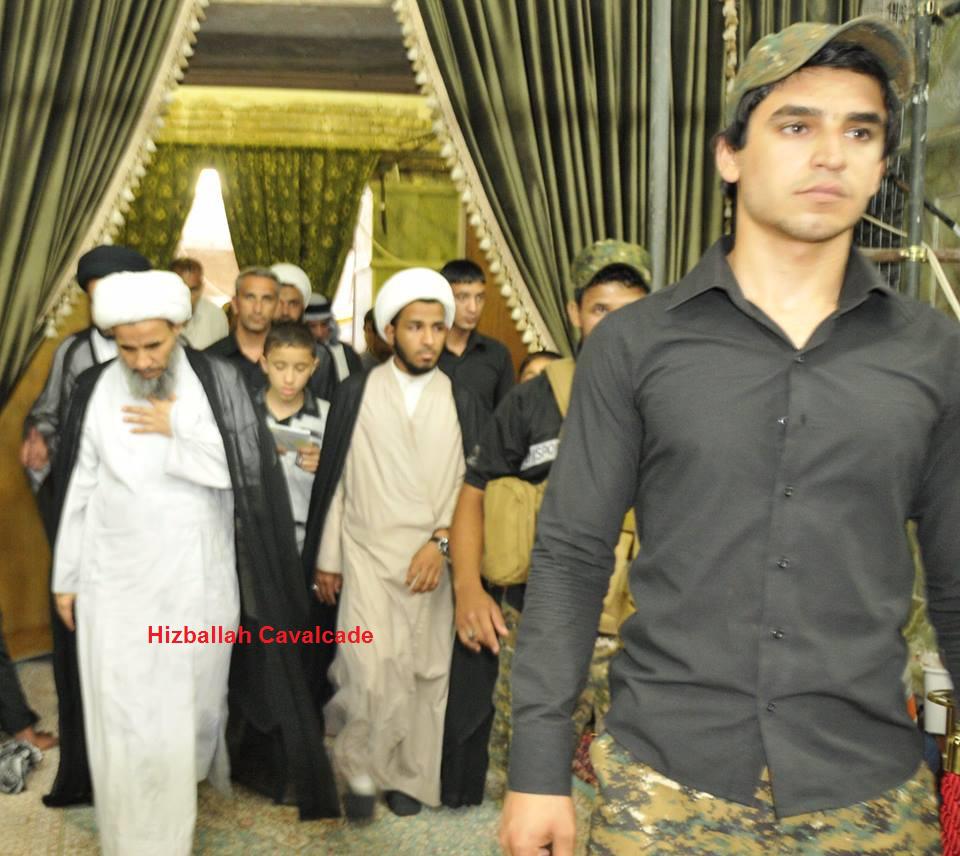 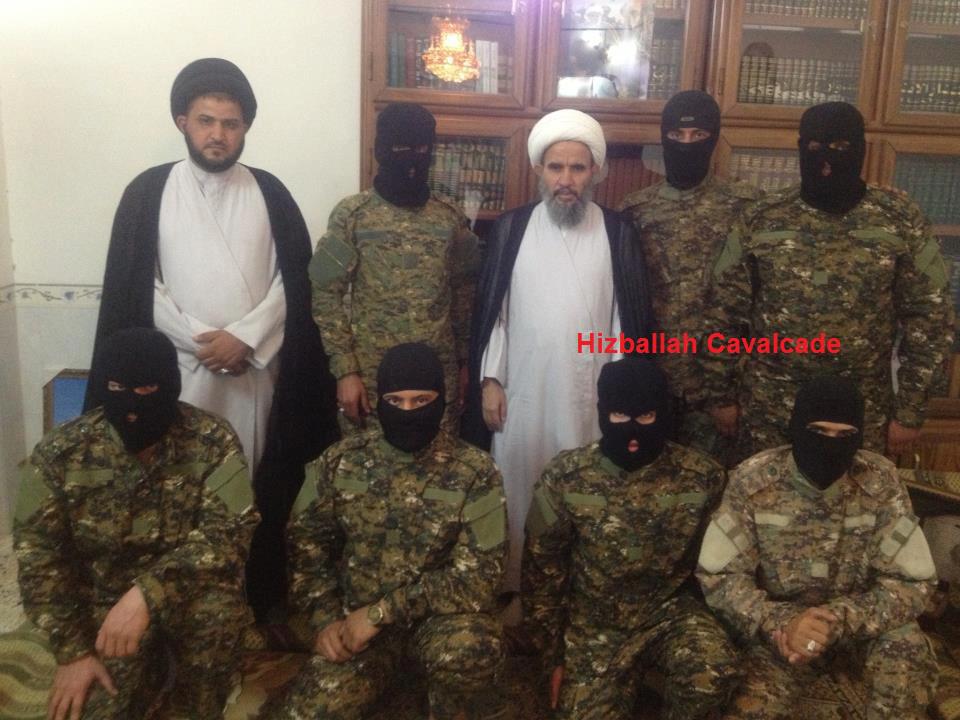 Figure 7: Al-Ta’i poses with Iraqi Shia Islamist militants headed to Syria. The photograph dates from 2013.
Iraqi Shiekh Qasim al-Ta’i, a cleric once supported by Muqtada al-Sadr and had been involved in the movement established by Muqtada al-Sadr’s father, Grand Ayatollah Muhammad Muhammad Sadiq Sadr. After the 1999 assassination of Grand Ayatollah Sadr, Ta’i branded himself as a main leader of the broadly defined “Sadrist movement.”2 Ta’i has also stated he is a supporter of Wilayat al-Faqih, the ideology of Iran’s Islamic Revolution established by Grand Ayatollah Khomeini.3
In April 2013, Ta’i claimed that the initial idea for the creation of LAFA in Damascus, “began in Najaf by a group of youth.” Interestingly, at the time Ta’i evoked memories of the bombing of Samarra’s Askari Shrine in 2006 to explain why LAFA needed to deploy to Syria.4 Today, LAFA-Iraq uses the defense of the Askari Shrine in Samarra as another way to explain why the group needs to be present in Iraq.
Despite Tai’s claims that the group was conceived of in Najaf in 2013, there is ample evidence that LAFA was already well-established in Damascus by the fall of 2012. It is also likely that other Iraqi Shia—splinters from Muqtada al-Sadr’s movement—refugees living in Syria formed the initial group and it was then reorganized and equipped with assistance given by Iranian Shia Islamist proxy groups.
However, al-Ta’i’s relationship with elements of LAFA in Damascus cannot be understated. Ta’i has a number of offices open around the area near Sayyida Zaynab and throughout 2013, he repeated calls for support for the Iraqi Shia-populated sections of LAFA. In some respects, the Iraqi Shia foreign fighter influence on LAFA in Damascus did lead to tensions. In the summer of 2013 there was discord over Abu Ajeeb’s leadership, leading to a firefight.5 Nevertheless, by fall 2013, some well-known fighters associated with LAFA in Syria and al-Ta’i were taped operating together in Damascus (see video: “The Original LAFA Operating in Damascus – Fall 2013”). The creation of LAFA-Iraq under a firmer leadership by al-Ta’i, erasure of other Syrian-based leadership, and utilization of the established group name and faces likely represents the latest evolution for a group which has undergone many transformations since its creation as a Shia-focused popular committee in 2012. 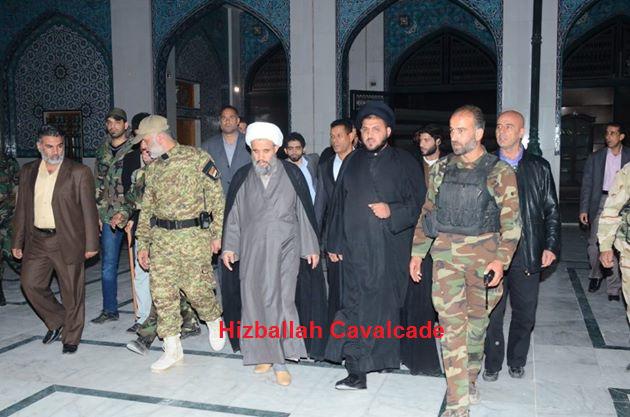 Figure 8: Leaders of the Damascus-based LAFA walk with al-Ta’i. 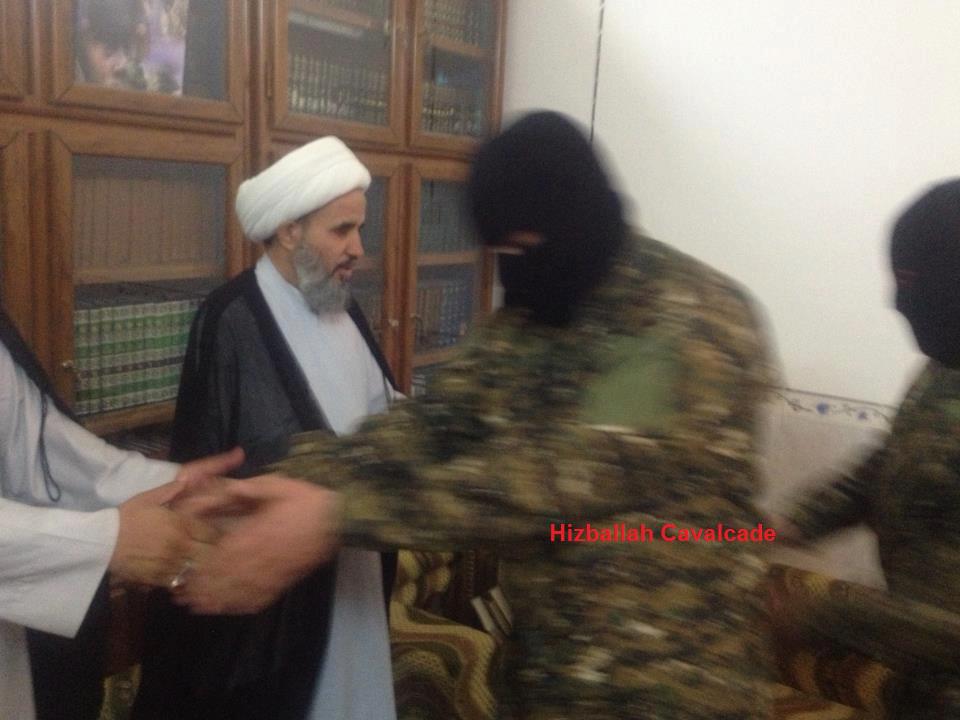 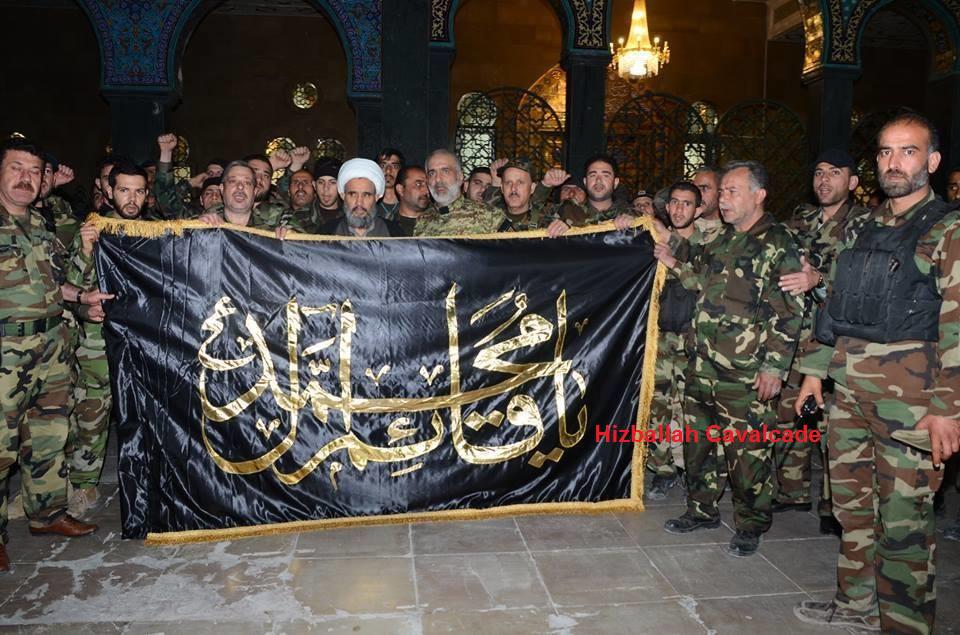 Figure 10: Iraqi Shia members of LAFA. Originally the photograph was distributed by LAFA social media sites. It has now been reprocessed by LAFA-Iraq.

1 Reply to “Hizballah Cavalcade: From Najaf to Damascus and Onto Baghdad: Iraq’s Liwa Abu Fadl al-Abbas”