UPDATE 2/3/12 11:18 AM: Here is an English translation of the below Russian video message:

I seek refuge in Allah from Satan the accursed, in the name of Allah the Most Compassionate, the Most Merciful.
Praise be to Allah the lord of the Worlds, we ask Him help and forgiveness, and we seek refuge in Him from the evil of our own selves and from the evil consequences of our actions.
He whom Allah guides to the straight path, will never be mislead, and he whom Allah leaves, no one can guide him to the straight path.
I testify there is no divinity but Allah and I testify that Muhammad is His servant and messenger.
As-Salam Aleykum wa Rahmatullah wa Barakatuh,
Dear Mujahideen brother, I, today, address to all Mujahideen of the Caucasus Emirate, as well to all Mujahideen special groups of the Caucasus Emirate.
Today, the current events in Russian show us that the peaceful Russian population does not support the Putin Chekist regime, and does not support these perverts [of the regime]. And today, these peaceful civilians are hostages of this very regime that fight against Islam with cruelty, in the Caucasus.
Due to the recent events, we are obliged to spare these peaceful civilians from the special operations that we are preparing and carrying on the Russian territory, as it is prescribed to us by our Prophet (peace and blessings be upon him).
If these peaceful civilians do not take part in the war against Muslims or if they do not support these perverts [of the regime] who fight Islam, then it is genuinely a pacific population. And that’s why our religion orders us to protect these peaceful civilians and to not touch them.
Today’s events show us that the population of Russia does not support Putin, and that they are also exploited by these perverts, they are also hostages to this Chekist regime.
So, that’s why I order all special groups – who carry out or are ready to carry out special operations on Russian territory – to limit these operations, if there is a risk that the peaceful Russian population be harmed.
Carry out these special operations with precision, against the law enforcement structures, against the intelligence services, against these perverts ‘Siloviki’ who today, by their words and acts harm Islam, and who are the enemies of Allah. And [carry these operations] against the national traitors.
So we have delimited the circle of those against whom it is permitted to carry special operations. Insha’Allah, I hope you will properly understand my order. Insha’Allah you will carry out my order, because Allah charged you with this task.
As-Salam Aleykum wa Rahmatullah wa Barakatuh.
Allahu Akbar! Allahu Akbar! Allahu Akbar!
Translation by Yahya Dagestanskiy (may Allah reward him) for the Kavkaz-Jihad blog. Edition and adaptations by the Kavkaz-Jihad blog. 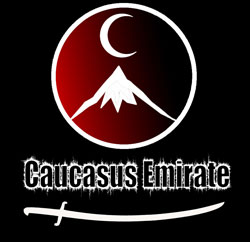