NOTE: For prior posts in The Clairvoyant sub-blog you can view an archive of it all here.
—

Over the past few years since the American operation against Usama bin Ladin in Pakistan, there has been much debate over the leadership capabilities and influence that Bin Ladin’s successor Dr. Ayman al-Zawahiri still has over the global jihadi movement generally and al-Qaeda branches in particular. Endowing al-Qaeda franchise-status upon Harakat al-Shabab al-Mujahidin in Somalia, slow response to the Arab uprisings, and inability to resolve the conflict in Syria between the Islamic State of Iraq and al-Sham (ISIS) and Jabhat al-Nusra highlight how many have become skeptical of Zawahiri’s importance or relevance. And while this is all certainly true, those within the movement that are still true believers in the cause and view Zawahiri and al-Qaeda’s general command (AQGC) in Pakistan/Yemen as the fountainhead of the jihad against the Zionists and Crusaders still heed Zawahiri’s advice.
One potential area of measuring this is the guidelines that Zawahiri released for the movement in September 2013. In some ways, it is a codification of issues and ideas that Zawahiri and Atiyatallah ‘Abd al-Rahman al-Libi argued for in letters to Abu Mus’ab al-Zarqawi last decade when attempting to reign in his excesses during the Iraq jihad. Two recent examples highlight how those that are still loyal to Zawahiri and AQGC have internalized these guidelines. Recently, both al-Qaeda in the Arabian Peninsula (AQAP) and the ‘Abd Allah ‘Azzam Brigades (AAAB) apologized for killing civilians and non-combatants in their military operations (more on this below). While not seeming like much, it highlights how those that are tied to AQGC have become very sensitive to Muslim public opinion as well as the movement becoming more mature, even if it is still ideologically fringe and militarily radical overall.
Here are some examples from Zawahiri’s guidelines:

While there is not definitive proof, it is likely that these guidelines helped inform the responses of AQAP and AAAB to acts committed that they then either regretted or realized could harm their public image and therefore apologized and then noted how it was outside the normal framework for how they interpret the shari’a and operate in the battlefield.

On December 21, 2013, AQAP’s military commander Qasim al-Raymi released a video message titled “Comment on the Targeting of the Defense Ministry in Sana’a’” apologizing for members of his organization killing medics and patients in the military hospital as well as those in the prayer room within the ministry. Al-Raymi stated: “We do not fight in this manner, and this is not what we call people to do. This is not our manhaj (methodology) … We confess to this mistake and fault. We offer our apologies and condolences to the families and the victims.” He later offered blood money compensation and medical treatment to the individuals and families affected by the attack.

More recently, on March 7, 2014, AAAB released a statement titled “On the Raid of the Iranian Chancellery in Beirut” claiming that there was faultiness in the second suicide bombers belt. It stated: “The two bombs were meant to be in a place where the explosion would not reach the main road and cause damage to passersby … The military operations of the ‘Abd Allah ‘Azzam Brigades do not target Shiites, or other sects.” Rather the attack was aimed at Hizb Allah, which while Shi’a is actively militarily fighting Sunnis in Syria. Illustrating how AAAB wanted to show that they were attempting to be discriminant in targeting and only defensively responding to attacks upon them and their fellow Sunni Muslim brethren.
Both of these examples highlight that the groups that still maintains allegiance to AQGC have become more astute and smarter in how they massage public opinion. That does not mean though they are now all of a sudden moderate actors. To the contrary, this past week for example, AQAP crucified a man for allegedly spying on them to help with drones strikes, while AAAB’s allies in Syria Jabhat al-Nusra still are actively beheading individuals on the battlefield that fight for the Assad regime (see both graphic photos below). 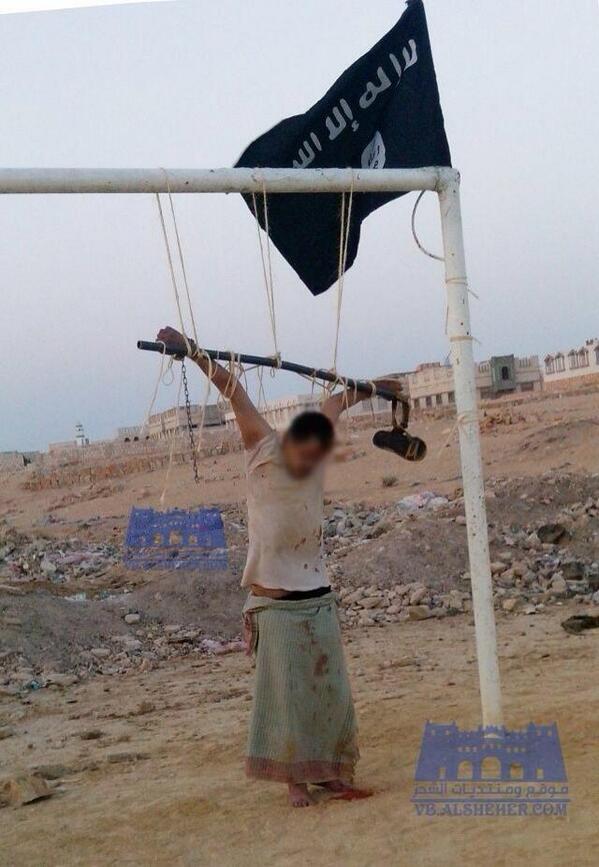 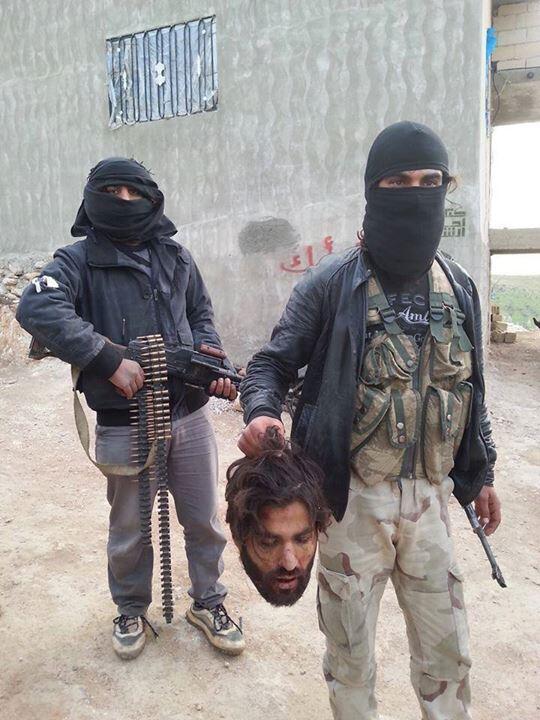 That being said, it appears that in some areas jihadi groups aligned with Zawahiri and AQGC are indeed listening to his advice and actively attempting to be more mature and pragmatic actors in some aspects. This is in contradistinction with the now rival global jihadi faction ISIS, which appears to have no rules of engagement and does as it pleases no matter what the consequences. How these guidelines continue to play out and what impact they may have with the AQGC-aligned groups remains to be seen, but it appears that as of now it has made slight differences in their on the battlefield methodologies, albeit imperfectly.

2 Replies to “The Clairvoyant: The Guidelines: Measuring Zawahiri's Influence”